In the autumn of 2019, a new chapter in the St Stephen’s project was opened. The original AHRC-funded project, which ran from 2013 to 2017, focused on researching St Stephen's Chapel itself. The success of this project suggested many avenues for further research, which resulted in the follow-on AHRC project 'Listening to the Commons', which ran from February 2017 to July 2018. However, there was still a clear need to research the re-use of the other collegiate buildings after the dissolution of St. Stephen's College. This inspired two new PhD projects at the University of York, Kirsty Wright in the History Department and Murray Tremellen in History of Art, which will investigate the history of these buildings from 1600 up to the great fire of 1834. Although these PhDs are separate from the original St. Stephen's project, we have been working closely with the original project team, and we are delighted to have been invited to revive this blog and build on the legacy of the original project. 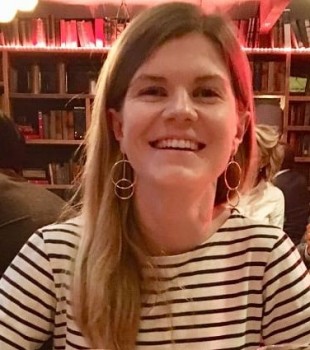 Kirsty, St Stephen's 1600-1794
My project picks up the St Stephen’s mantle at the dawn of the seventeenth century. By this point the college had been dissolved for over fifty years and its buildings had settled in the possession of leading officers in the Exchequer of Receipt, the Auditor and four Tellers. My PhD explores the way in which these officials transformed the rambling collection of collegiate buildings, a cloister, bell tower and range of vicars’ houses, into private residences and office space for themselves during their successive occupation of the site through to 1794 when the Auditor was ousted by the Speaker.

I came to this project having developed an interest in themes of continuity during my undergraduate studies where I became fascinated by the long processes of adaptation to the Reformation, particularly the repurposing of ecclesiastical architecture. This led to a thesis focused on the afterlife of the dissolution of the monasteries examining the reconstruction of Bath Abbey in the late sixteenth century and the influence of re-use on later architectural developments. In my master’s these interests developed into questions regarding the reinterpretation of sanctity and sacred space, which I explored through comparative study of Wells and Norwich cathedral churches and their precincts.

My PhD project presents a new challenge. Considering similar themes in a very different context it seeks to employ an architectural approach to administrative history. The Exchequer was the main financial department in early modern government, but it has been little studied beyond the notorious intricacies of its accounting procedure. By studying the dwellings established by the Auditor and Tellers in the former St Stephen’s buildings my project will look beyond the formal mechanisms of the Receipt to reconstruct its day to day operation within its changing physical and political context.

So far much of my time has been devoted to untangling the threads of Exchequer procedure, patronage and the layout of the Palace of Westminster so that I can make sense of the institutional structure that the officials worked within. Once I’ve got a handle on that I will be ready to start puzzling out exactly where things were, what they looked like and how people moved through the palace. In my work so far I’ve encountered corruption, bureaucratic wars, Exchequer ‘mafia’ families and more, which I look forward to sharing snippets of here on the blog.  I’m lucky to be working sandwiched between projects conducted by my colleagues; work on the earlier iterations of the site by the St Stephen’s Chapel team and the Speaker’s tenure at the site up to the great fire of 1834 by Murray. My research is just one chapter in the larger narrative of St Stephen’s and it’s very exciting to tell part of that story.

This research has been facilitated by by scholarships from the Society of Architectural Historians of Great Britain and the History Department at the University of York, I am extremely grateful for their support. 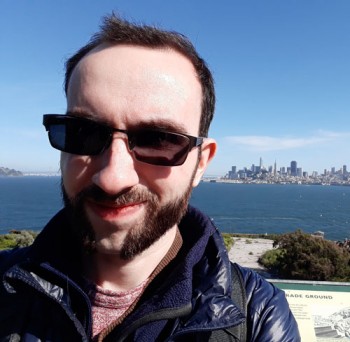 Murray, St Stephen's 1794-1834
I have always been fascinated by history, architecture, and politics; I am therefore delighted to have found a PhD project which allows me to combine all of these interests. It was during my BA at Southampton that my childhood fascination with old buildings evolved into a serious interest in architectural history. One of my particular specialisms is railway architecture: for my BA dissertation I studied the rebuilding of Euston station in the 1960s, and I eventually self-published this work as an e-Book. During my MA, I followed this up with a project on the architecture of the Southern Railway, which I am hoping to publish in due course.

However, I also have a longstanding interest in Georgian architecture. This began during my BA, when I had the opportunity to study a fascinating module on the town and country houses of Georgian Britain. It was here that I first encountered the work of James Wyatt, and became intrigued by the historical legacy of this brilliant but divisive architect.

After graduation, I was lured away from academia by an opportunity to work for the National Trust. Over the next five years, I had the amazing privilege of working with the House Teams at Powis Castle, Berrington Hall and Uppark: three houses which can all boast significant Georgian interiors and collections. My time spent working in these historic settings has allowed me to bring new perspectives to my research. Having taken a hands-on role in the preventive conservation of these house and their collections, I have gained a much deeper understanding of what can be learned from studying the fabric of buildings and their contents, rather than relying solely on documents.

Nevertheless, I have always maintained my interest in academic research. I completed a part-time MA with Birkbeck College whilst still working at Uppark, and when the opportunity arose to undertake my present project, I decided to return to full-time study. I was drawn to the Speaker’s House largely because of Wyatt’s involvement: he rebuilt the house in castellated Gothic style in 1802-6, at the behest of Speaker Abbot. John Martin Robsinson’s 2014 monograph has done much to rehabilitate Wyatt’s reputation, but the Speaker’s House remains one of his lesser-known projects. Indeed, the Speakership itself has been largely neglected by political historians: as Matthew Laban put it in his recent book, “people are usually more interested in the players than they are in the referee”.  Both of these omissions were crying out to be rectified. Moreover, as a prominent example of late-Georgian Gothic architecture, I am keen to assess the significance of the Speaker’s House within the broader context of the Gothic Revival; this is particularly apposite, given the recent resurgence of scholarly interest in the style. I look forward to discussing all of these questions in future posts.

The first year of my studies has been funded by a scholarship from the University of York's Department of History of Art. In the autumn, I will take up a scholarship from the White Rose College of Arts & Humanities (WRoCAH) which will fund my remaining two years of study. I am very grateful to both the department and WRoCAH for their support.